Will the youth be presented with the bill? 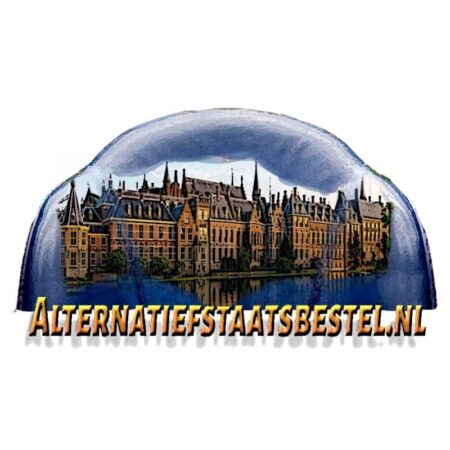 The Rutte IV cabinet wants to start throwing euros. The budget deficit exceeds 3% of GDP (gross domestic product). A percentage, once in Paris based on wet finger work, while the national debt of the European agreed?? limit from 60% towards 90%. Will this ultimately be at the expense of later generations?

Huge sums must be spent on the environment, defence, infrastructure, care and education. The housing shortage is somewhat secondary, while Groningen and the benefit parents are offered even less perspective.

The enormous sums that are being planned to stop global warming from The Hague will indeed have to be raised in the longer term by the current diaper-wrapped generation and several after them. Nonsense if we consider that, for example, America, Russia, China and India continue to pollute structurally. It's ridiculous that we accept that millions of hectares of jungle are burned down to grow engineered soy. Insane that flying is not restricted by the elite and the tourist, especially if you know that the kerosene is not taxed with excise tax, such as diesel and petrol. And that airline tickets are sold VAT-free.
And what all eco-fanatics forget is that well before the 1st wheel was invented, on Earth - and specifically in the part where we now live - ice ages were constantly interspersed with a constantly warming desert climate. With solar winds and solar shadows, the sun appears to be the biggest cause of climate change. About 18.000 years ago the sea level was about 100 meters lower and we could have walked through a green (North Sea) valley to London. Planting a lot of trees instead of cutting them down for the CO2 increasing biomass energy is sufficient and relatively cheap, in addition to a few other 'normal' measures.
But we won't be there with more trees and less flight movements; the wind is blowing the environmental woes of the countries that flout eco-agreements in our direction.

The housing shortage has certainly not been solved with it, while it is so simple.
After all, land speculation and shortages drive prices up enormously. Let's look at land prices. When zoning plans appear on the municipal drawing boards, land speculators flock to the owners of the lots in question like hyenas. That has to stop. The average agricultural land price must be assumed. For convenience, set this nationally at € 7,50 per square meter. If a farmer has to be bought out, give it double and look for a replacement location.
Ten billion is then borrowed at 0% interest to build low-budget, very environmentally friendly. Every home that is delivered is sold to private individuals or housing associations at a very attractive cost. The purchase amounts received are used to pay the loan to the ECB. Then it will cost the state nothing at all for about 10 years. Because the shortage has been solved, existing homes are also becoming cheaper and the housing shortage has been solved with insanely high prices. The youth (of the future) will benefit from this.

Talking about youth and the future. Good education is essential. So really good education! Here too, take out ten billion from the ECB at 0% over a period of ten years. Ten billion to raise the level of teachers in primary education, in particular, to university level. Next, make sure that sitting is banned. This can be done by offering the cognitive subjects in clear blocks. Each block is completed by means of a test, after which students can continue at their own pace. Judging or judging children at the end of a school year whether or not they have met the annual standard can be very traumatic for children who then have to sit. New (younger) classmates, repetition of a lot of teaching material and the risk of failure due to the many negative experiences (used to be the red pen and the stamp of being stupid). By banning sitting, so that children can perform math and language assignments at their own level and pace, they can simply follow gym, music, creative and world-oriented lessons with the other children from their own group. Abolishing school attendance saves money and children can complete their school career in a straight line less traumatized. The invested billions will certainly be recouped after ten years. Because better-educated young people are more widely employable, because the smarter students have not constantly stopped and children who had more trouble with math and/or language will feel a lot more confident with what they can do.

If the housing problems and education are solved for free and we just deal with the environment in a healthy way without wasting billions (nano dust in the air and the plastic mountains on land and the plastic soup in the seas) we will be a lot further , without keeping accounts for current diaper wearers. In addition, consider a proposal by Piketty to tax wealth much more and labor less, in order to combat poverty, then the general well-being can be considerably boosted. With regard to the latter, steps can be taken in healthcare. Eliminate market forces, give priority to preventive care and combine regular care with complementary alternative care.

It's not difficult. But then hard work has to be done to tackle the current polity. Those who decide now do not benefit from the above solutions.

Documentary 'The End of Germ Theory'

Documentary 'The End of Germ Theory': An easy-to-understand, step-by-step analysis of the history…

Climate and CO2. What should we do with it?

One more time then: A created illusion!