The west, including the Netherlands, must hate the Ukrainians intensely. 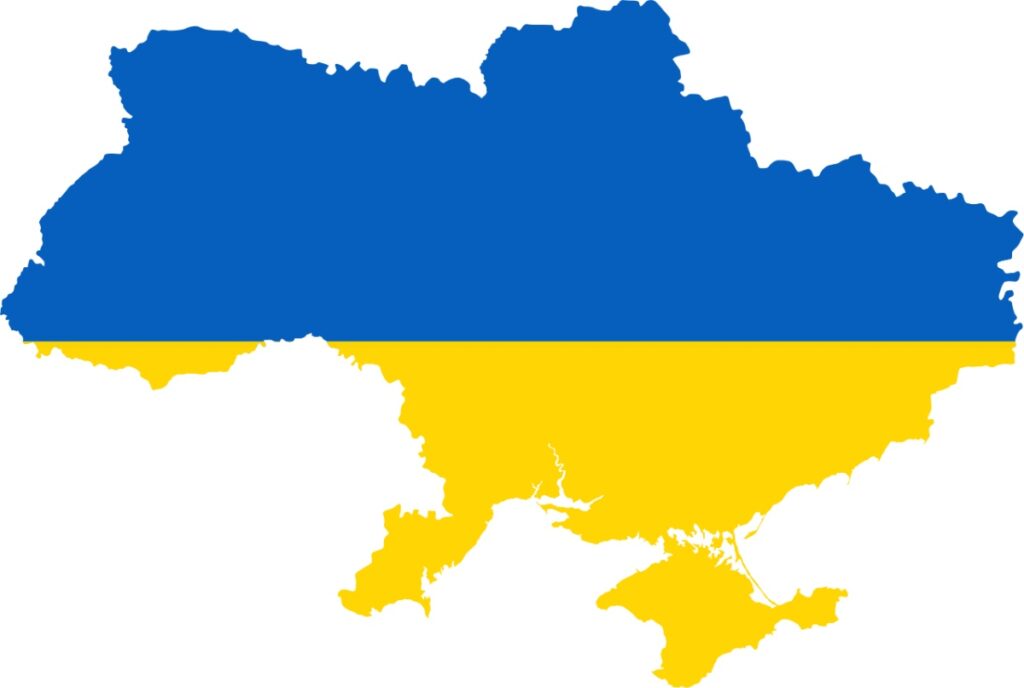 The waving of yellow-blue flags and the hooting and clapping of politicians about helping Ukraine testify to a brainlessness that knows no bounds.

Anyone who does a little bit of research will soon find out that this war did not start on February 24 of this year with the invasion of Russia. In reality, this war has been going on since 2014 and its origins can be traced back to 2008 or even before that.

Fight back to the bitter end or surrender immediately.

I would also like to point out that since 2014 (and before that) Russia has only issued warnings and that Russians living in Ukraine in particular have been the victims of the Western-backed Ukrainian regime and their violence since 2014.

The Netherlands was attacked in May 1940 by the all-powerful Germany.

When the Germans flattened my beloved city of Rotterdam, the Dutch government surrendered. The war lasted 3 days.

What was the alternative? Fight on and leave the country even further in ruins? Bad plan!

Was it cowardly to surrender? Pffff, well no. What I do think is cowardly is that we later twisted history, saying that we had had 5 years of war and that all Dutch people were resistance heroes.

Was it right for the Germans to invade? No!!!!

Is it right that Russia invaded Ukraine?

I dare not say no to that. Dig into the history of the past 20 years or so and you'll be able to form your own opinion.

I can't present you a recent Dutch comparative example, but a Belgian one. Belgium has a German-speaking community. Territory that used to belong to Germany but has been transferred to Belgium under reparations. Just imagine that the Walloons and the Flemings are fighting a constant battle against the German-speaking Belgians and are not afraid of bomb attacks, massacres and targeted acts of war. The rest of Europe just shrugs and let it happen. Germany is beginning to stir and warns several times that the violence against the German-speaking population of Belgium must stop. But that has fallen on deaf ears and the violence continues for years. Is it very surprising, then, that Germany at some point stands up for its original population and starts to put things in order?

Well, the comparison is not quite right and fortunately it is hypothetical. Belgium has no problems of violence between the Dutch-speaking, French-speaking and German-speaking federal states. Belgium only has political problems, or rather, the politicians are the Belgian problem!

But hey, the facts are what they are:

Ukraine is not going to win this war.

Ukraine should never have entered the fight with Russia and should have sat down at the negotiating table with Russia. That could and should have happened years ago, but even up to and including mid-February of this year, there were still opportunities to do so. They have missed all those possibilities. Ukraine was promised EU and NATO membership, the army was trained and armed. Perhaps they felt safe and supported enough by the US and NATO and continued to taunt the Russian bear. Angry tongues even claim that Ukraine was preparing a full-scale attack on the Donbas. In any case, no attempt has been made by the US, Europe and the zelensky cabinet to prevent the further expansion of this conflict.

Sending weapons is the strategy of Europe and the US. The more the better!

A bit crazy though. In the US there has recently been another shooting incident in which a large number of children and a few adults have been killed. Immediately the discussion flares up again to ban weapons. There are pros and cons, each with their own arguments. I have no opinion.

But I do wonder what good it is to supply huge amounts of weapons to Ukraine that we all know will not lead to 'a few' deaths but will lead to even more destruction of human life, of the country, of the infrastructure and especially the property of hard-working innocent civilians.

In addition, the whole policy of Europe bears witness to an absurdity of unprecedented height.

All the so-called sanctions imposed against Russia only benefit Russia. The initial threat but turned boycott of Russian oil and gas has inflated prices insanely and Russia is making more than ever on energy sales, despite huge discounts in international sales prices. By the way, the Americans play a very sick role in this, because they buy Russian oil en masse and then sell it on the world market.

Many European companies, well, the listed ones, family businesses think twice, leave their Russian interests behind or sell it for an apple and an egg. The whole 'boycott strategy' has only ensured that Russia earns about 10 to 2 times as much from its oil and gas exports and that they can pocket almost free the investments that Western countries have made in Russia over the past 4 years. All Europe is doing is continuously shooting at its own feet and knees.

The 'gut people' who terrorize us are destroying the economy even more than they already did during the covid hoax and the lives of many ordinary hard-working citizens will receive an even bigger blow. Thank you, rutler, de croo, macron, sanchez, schultz, vinder leijen, biden…

And who do you think will be able to pay the bill for the reconstruction?

Who knows, there may be a plan behind it.

Perhaps this is also part of the Naziklaass sschwab revolution. After all, he wants to establish his world government and rebuild everything and that is not without a lot of suffering and violence. If there is a plan behind the unbelievable policies pursued by Europe, the US and NATO, we can safely call them unscrupulous terrorists and mobsters. If there is no plan behind it, then they are too stupid to dance for the devil.

Oh yes, we will try to take money and possessions from Russians living in Western Europe.

Is that suddenly possible?

Igor has a big boat in Cannes. How did he get the money to buy this boat? We can question that in itself, but in reality we have nothing to do with it. If no crimes have been committed by Igor in Russia or in other parts of the world, how can our brainless idiots ever claim the injustice of taking Igor's property? Europe and the US suddenly grant themselves the right to just take possessions from people on the basis of….. From what?… their race, nationality, sexuality, religion or what else?????

Have we really slipped so far from what was once our civilization and the rule of law?

Shit, this is a rhetorical question, yes we are. In all perspectives.

And we, we just keep sending more and more weapons.

The option to send diplomats has never crossed the minds of the bidens, leyens, macrons, de croos, rutlers, schultz and the like.

It is high time to send 40 million white flags.

Oh, and of course from day one it was clear to the mainstream media that zelensky and his brave people were going to win this conflict gloriously.

Just look at the happy faces at this festive occasion, where some of the soldiers who have survived so far are decorated:

Also interesting is the half-hour conversation about the Ukraine topic between my former colleague Kees de Kort and Marianne Zwagerman, both recently stopped as a columnist at BNR news radio.

More room to speak freely, shall we say:

Who hasn't gotten sick from corona?

INTRODUCTION Most people want to belong to the majority when it comes to opinion. Because…

The US legal system still functions

wpDiscuz
14
0
I'd love to know what you think about this. Please leave a comment.x
()
x
| Reply