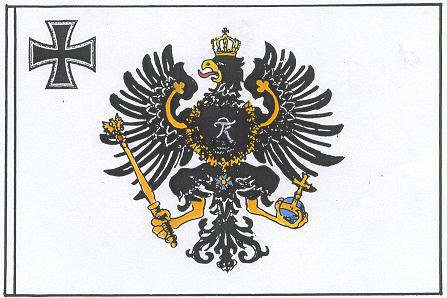 The Prussians did not disappear from the world stage after 1917; they simply became invisible and operated through an array of globalist corporations from their new base in Washington DC President Trump's incredible speech, just before the 2016 election, in which he described the "cult of Prussia" and stated that their time on Earth was soon would come to an end had arrived.

When Prussia emerged as a world power centuries ago, it did so with the creation of a permanent standing army. This was not an easy feat and required the total submission of every citizen to succeed. Through taxes, compulsory education and the brutal enforcement of Prussian policies, the kingdom successfully created one of the most formidable and feared armies in human history.

After the German defeat in WWI, the Emperor abdicated the German throne and sought protection from his Dutch niece, Queen Wilhelmina, of the House of Orange. The Weimar Republic was formed and the German armed forces were reorganized into the “Reichswehr”.

After the collapse of Nazi Germany in World War II, Prussia was officially abolished as a state in 1947. #PrussiaGate states that while the state of Prussia officially disappeared, the "Providence of Prussia" was able to flourish with almost unlimited resources and completely free from the pesky treaties that restricted their activities when they were a nation state.

JFK described them as a "ruthless and monolithic conspiracy". This 'cult of Prussia' would continue its tradition of maintaining a permanent standing army. Today, this army is coordinated by the World Economic Forum and its Prussian leader, Klaus Schwab.

This is the story of the Reichs WEF

After World War II, the world went through a huge reset. The Bretton Woods Agreement made the USD the world's reserve currency. The Soviet Union began to annex and communicate Eastern Europe. China entered a brutal civil war. The Nuremberg Trials exposed the magnitude of the evil perpetrated by the Nazis, ultimately leading to the complete dissolution of the state of Prussia.

Amid this chaos, Prussia (today's terrible invisible enemy) tried to manage its portfolio of globalist companies with a new corps of executives and CEOs. These business leaders were carefully selected and all promised a "higher loyalty" to the state of Prussia, which now operated in the shadows.

The problem for Prussia was how to manage and coordinate these companies in “lockstep” while at the same time appearing to be operating independently in a capitalist free-market world. It would require a multi-layered solution.

Secret societies, such as Skull and Bones, would be used to recruit people who would like to serve the Prussian deep state, above their own national interests.

Most will remember the media explosions and baseless accusations against President Trump for crimes of "collusion." At Bilderberg, a gathering of many of the world's Trump-hating elites, they openly declare that they have the right to work together, without consequences. It seems their hypocrisy knows no bounds.

Also hidden in plain sight is the justification for the annual Bilderberg meeting:

Perhaps the most surprising is the founder of the Bilderberg Group, the Dutch Prince Bernhard. He came from the German noble house of Lippe and married Queen Juliana of the Netherlands, from the house of Oranje-Nassau. Bernhard and Juliana both had strong historical ties to Prussia and the Hohenzollern dynasty. Moreover, Prince Bernhard was inextricably linked to the Nazis:

(By the way, for those wanting a deeper understanding of the roles of Bernhard, Bilderberg, the SS, and the founding of NATO, this article will be a great read. It begs the question, was Nazism really destroyed?

The article mentioned is in English and can be found here.

With secret societies, Bohemian Grove, the Alfalfa Club and the Bilderberg Group all having Prussian ancestry, it's easy to see how the myriad globalist companies were now able to work together and operate in lockstep.

Over the decades, Prussia would refine its activities. The old guard would eventually be replaced by a new one of far more formidable power. Before examining the machinations of the Reich's WEF, we must lay the foundations that led to its creation.

To put this series in perspective for yourself, I highly recommend reading the following articles,

And then the supermarket was empty…….

THE BANKRUPTCY OF DEMOCRACY – Part 5

You will only be guilty of publishing the truth.....

Why a parallel economy is crucial for survival

wpDiscuz
14
0
I'd love to know what you think about this. Please leave a comment.x
()
x
| Reply