The climate lockdowns are coming! People often call you a “climate denier” when you criticize this stupid, unaffordable policy that benefits only the very rich and is otherwise useless.

If Co2 is the biggest problem, plant trees en masse? As many of those free Co2 guzzlers as possible, and more green.

But no, because trees grow by themselves. Trees do not depend on the government. So trees are not interesting.

Over the past 100 years, the global temperature has risen on average by 1.4%, according to TV scientists.

Is that a good thing? A bad thing? What should we measure that against? Is it just mother nature or is it assumed that the average temperature should be level? Or is there a self-invented limit?

Isn't it better to anticipate against the whims of mother nature such as building dikes instead of this jerked "transition" to a CO2 free society, whatever that may be?

They don't care. They absolutely do not believe that climate change is a threat. The only thing they are terrified of is a awake, united people who see through the nonsense.

In Australia, the first climate lockdown is 'in the making': https://t.co/ZYsbrYGbuf

This emergency law makes it possible for the government to take draconian measures when it suits them.
Because how exactly should we stupid citizens see that? When will we see that “the emergency” has started? Will that state be declared the moment we see the cracks in the earth and the devastating tsunami is in sight?
When is it a “state of emergency”?
Well, when they write it in their script.
The blueprint is already there. People are used to being oppressed and humiliated. You can do whatever you want with them.
Governments already know how far they can go and now it is laid down in law that they can again lock you up at any time when it suits them.
For more than 2 years now, we have seen governments that have seriously violated human rights. And they get away with it. And then it tastes like more.
Your freedom will be taken away from you when it benefits. We're going to be locked up for things that don't happen and will never happen.
Just call the media, get some alarming climate figures and predictions that have never come true, and off they go: the entire world population is back in the pen. 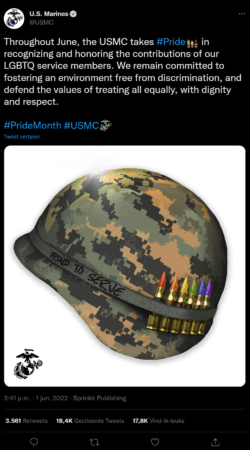 Climate Minister Susan Close introduces the Climate Emergency Act, passed tonight, reaffirming the urgent need to decarbonise the South Australian economy and switch to renewable energy sources. (in short, you are going to pay big for petrol as a punishment, you have to get through inflation for a while, we have to break you down until the fairytale has come true to come to our new normal.

10.0?? This just means that the people are this puke tired of this madness. It's just how you look at it, isn't it?

The Malinauskas government is committed to serious action on climate change, including building a hydrogen plant and restoring environmental flows to the Murray River.

Ten years of inaction and climate culture wars by federal and state liberals have left Australia heavily exposed to the effects of climate change, as well as a barrier to investment in the renewable energy sector.

The most recent report from the Intergovernmental Panel on Climate Change confirms that global average temperatures. The report showed that as early as 1910, some parts of Australia had recorded higher average temperatures of 1,4°C and a significant drop in rainfall in South Australia, with further decreases in annual rainfall expected.

“We really need to focus on supporting projects and policies that are climate-friendly and drive the growth of resilient, low-carbon businesses.”

“The Malinauskas government will position South Australia to capitalize on the global need to rapidly reduce emissions.”

“Labour sees the climate crisis as an opportunity for employment, especially in regions where many sustainable projects are located.”

“After years of liberal inaction on climate change, it is time to act and that starts with recognizing the gravity of the climate crisis.”

Oh, and never forget one thing. You and I are to blame. Always.

The world is going Dutch!

The World is Going Dutch! Everywhere I see this video popping up called “The World is…

Unheard of practices from biolabs?

wpDiscuz
16
0
I'd love to know what you think about this. Please leave a comment.x
()
x
| Reply