Mass suicides, riots and murders of pets in Shanghai

That is the reality now in Shanghai.

Due to the increase in so-called infections in Shanghai, more than 26 million people have now been in a total lockdown for weeks.

This with the ridiculous idea of ​​getting the number of “infections” to 0. Something that will never happen. You don't get a flu at 0. Unless the script written by those in power is changed.

People in Shanghai are being forced to stay at home and are being tested daily.

Are you testing positive? Then the person in question goes straight to a concentration camp where the positively tested people are caged like cattle. Including people close to the "infected" such as family and friends.

“The new quarantine camp will house close contacts of confirmed Covid-19 patients, while authorities continue an extensive program of tracing and testing the infected.”  (source)

As early as January 2020, construction of this camp in Shijiazhuang has started, where 4.000 “patients” can be placed. 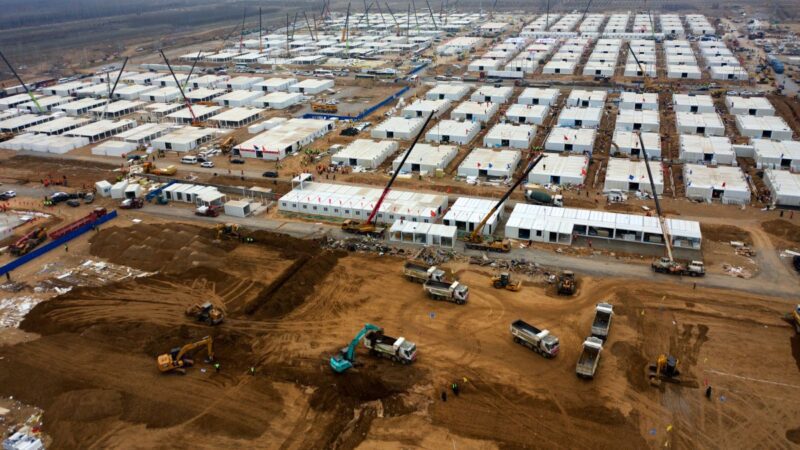 The huge "quarantine camp" in Shijiazhuang. This photo is from January 2019 according to CNN.(source)
But this was probably a typo, as most sources report that the construction of this camp started in January 2020 and that this photo was taken on January 19, 2020. 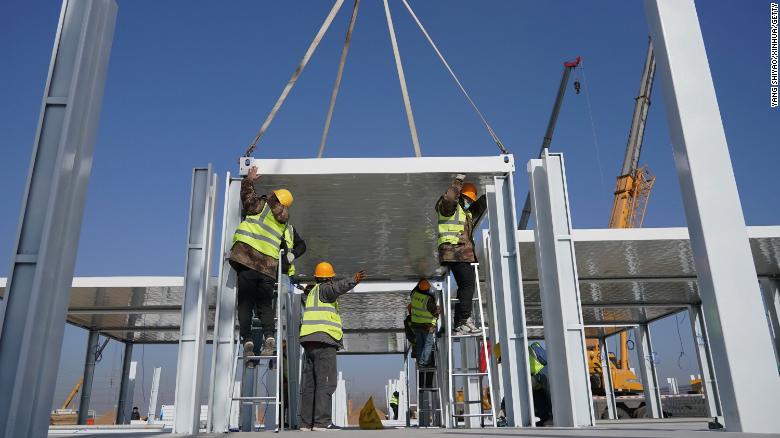 Very suspicious that they started building this concentration camp so early. There is a reason behind it and we actually know the reason. This hoax has been prepared to perfection.

More than 2 years later, we have come to the irrefutable conclusion that a pandemic has never occurred. No one can prove otherwise.

But it is not necessary because the majority of the sheep are loyal to their false shepherd and follow him blindly.

Officials in Shijiazhuang, where the outbreak has begun massive tests and strict lockdowns, moving entire villages to centralized quarantine facilities to contain the spread of the virus. (source)

We must WARN you in advance that the images below may be upsetting to certain people.

You see suicides and the murder of pets. Shocking for everyone, of course, but some can handle it better than others.

You may be wondering why pets are butchered? The answer is that it is better to kill the pets because there is a small chance that animals could also transmit the “killer virus”.

People are literally shouting it from the rooftops, it's heartbreaking.

And eventually riots naturally ensue. People take to the streets and are distraught. And distraught people are willing to go very far. What do they have left to lose?

🇨🇳 A protest broke out in Shanghai's Pudong district as authorities requisitioned residential buildings to make it a quarantine zone. Videos that went viral on Weibo were quickly censored. pic.twitter.com/THeF9rYldN

Why choose Le Pen over Macron?

Transdivision for transgender swimmers and swimmers