Climate and CO2. What should we do with it? 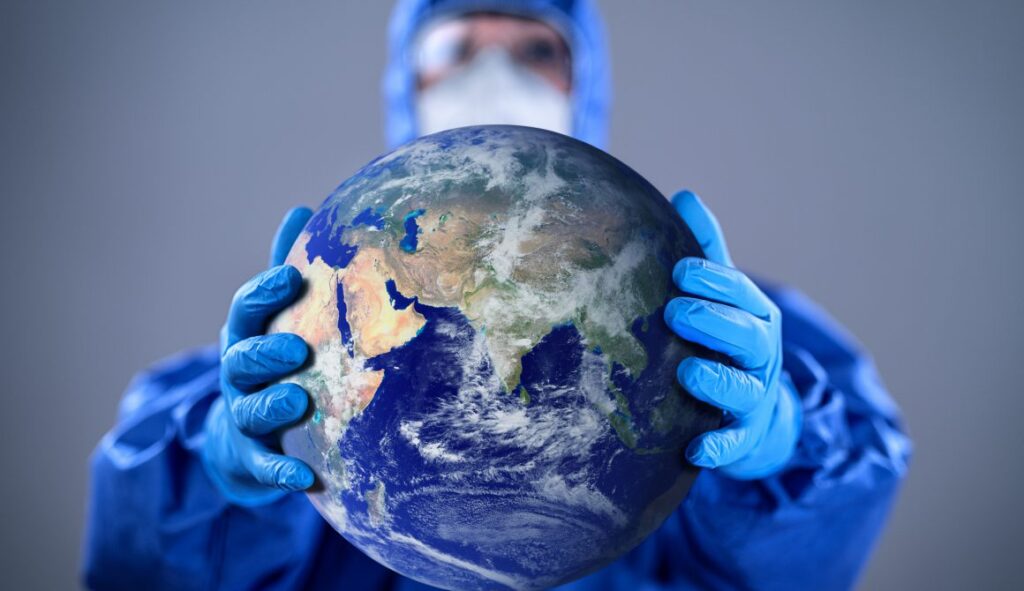 The fear that the population will increasingly be pressured into is climate fear.

A guest column from Manfred

In 2020, the government pulled the virus card.

In retrospect, the “virus” was not so bad as it was disappointing and the measures did a lot of harm and no good at all. That may not be known and of course not said, but precisely because of the enormous resistance from the alternative media and increasingly larger parts of the population, many governments have decided to temporarily - partly - remove the virus card from the table.

Now the climate map is being taken off the shelf.

Polished and sharper than ever. You and I are of course -also now- the culprits, this will have to come to an end. Combating CO2 becomes our duty!

It is striking once again that those who have devised this CO2 policy, find it so important and promote it so strongly, are in the ranks of the Private company World Economic Forum LLC. These extremely rich people have already introduced EU legislation (which is of course undemocratic) that excludes owners of large yachts and private jets (which they themselves belong to) from paying the sharp increases in CO2 taxes that you and I will soon have to deal with. are confronted.

For your information: Anyone who thinks that electric driving offers a solution, is unfortunately wrong; Electric driving will soon become – once it has become commonplace – the new cash cow and by that time the truth will come out that electric driving gives rise to higher CO2 emissions, even before the consumer has driven a meter in his new car. I am not yet talking about the production and breakdown of the batteries because that is an even more disastrous story.

In this way the extremely wealthy policy makers from the WEF can continue to own their yachts and private jets undisturbed and sail and fly everywhere without it affecting them in the least.

But for you and me they see it all differently. According to their reports and targets, the CO2 reduction must be reduced at an unprecedented rate. This should be 2030% reduced by 55.

CO2 is one of those SDG goals that the private company World Economic Forum LLC has drawn up and on which government leaders are all working hard to achieve. There are even contracts that the World Economic Forum LLC has had “our” government leaders sign (contracts that have never been discussed in any debate let alone in the 1st or 2nd chambers).

The intended reduction is an impossible task,

but it is precisely that which is a wonderful instrument for tackling citizens. You can see it as a means of pressure.

For example, you can use CO2 policy effectively to regulate the sale / purchase of certain food, products, travel or to make car ownership, driving or private transport impossible or to scale it according to the wishes of the power. For example, you can impose that people are not allowed to travel more than 30 kilometers per month in order to save the climate. Commuting to work is therefore taxed more heavily

Both on a personal and collective level, CO2 reduction policy gives government leaders unprecedented opportunities to control, coerce and limit the freedoms and possibilities of citizens.

“But CO2 reduction is extremely important to save nature and the climate?”

I hear you think.

Well, if you didn't do anything other than watch and listen to the controlled mass media, it makes sense that this is your (talked-up!) “opinion”.

Yet also the climate – as with viruses – is something that governments and the controlled mass media tell a lot of lies about and this is purely for political (!!) reasons.

Forming and molding the system towards hidden goals is what matters.

That must form a social system in which your rights, freedoms as a human being go down the drain because of the false flag “salvation of the earth”.

The often stupidly lied to citizen is very convinced in everything.

Remarkable of course that you and I are not allowed to know the knowledge of a very highly regarded professor. And he's not the only one to say this! He is one of many.

Gaining real insight among the population could well endanger the acceptance and acceptance of CO2 measures and the political policy that is in the pipeline.

Could that be the reason that this man and his colleagues, who hold the same scientifically based opinion, are not heard in the controlled mass media?

Not at all. It won't. I'm probably seeing ghosts!

And there's that. Anyone who does not believe the story of the government and the controlled mass media is a???…..

A conspiracy thinker, a mentally confused citizen whom we have to understand but above all not to go along with, he is a right-wing radical, extremist, anti-Semitic, misogynist, racist, xenophobic, with terrorist ideas.

Often also someone who has had problems with trust in the government all his life and who cannot handle the uncertainties in the world and who compensates for this with delusions to have some footing. They used to wear mohawks, tattoos and military chests, now this one has turned into someone who wears a jacket and tie.
Yes, you won't believe it, but this kind of framing and explanation really exists! And you come across it a lot from Mediahuis NV & DPG Media NV (2 EU state media companies that have been buying media with our tax money for 20 years and now control it and through which the EU now determines what can and cannot be said). We are talking about Volkskrant, Trouw, Het Parool, Nu nl, NRC, Telegraaf, various magazines and just about all regional newspapers throughout the Benelux.

Would this professor also be a radical right-wing extremist, anti-Semite, misogynist, racist, xenophobic, and a terrorist in the making?

If we believe the newspapers, it must almost be so…. And again there is a petition

Do you recognize yourself in this short video?

Rise of the Fourth Reich

Most important interview ever with Geert Vanden Bossche