FvD: “FVD already warned about this in 2016: war with Russia” 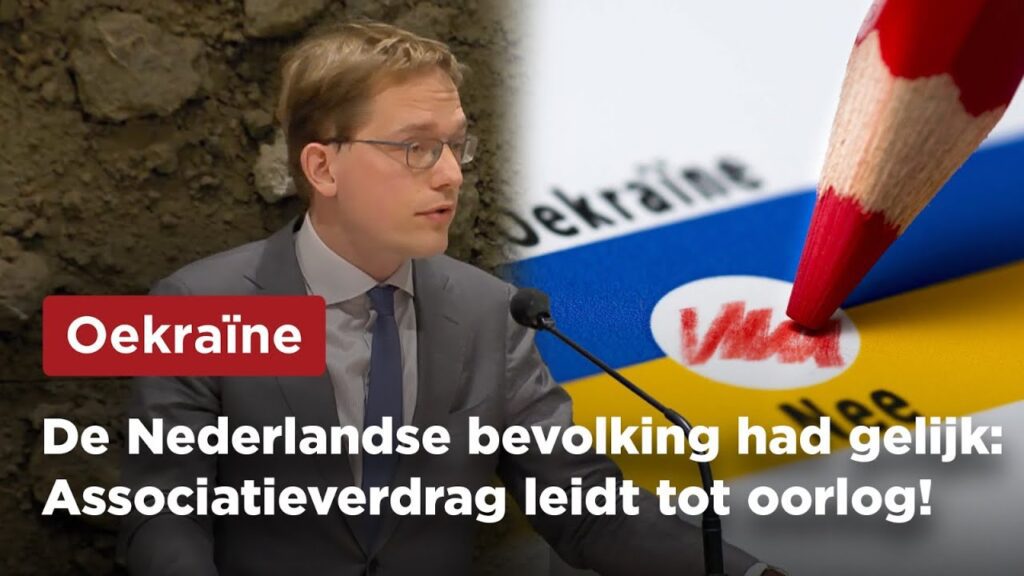 Pepijn van Houwelingen said during a debate yesterday that the FvD already warned of a war with Russia in 2016.

“A great tragedy. Not only for Ukraine but also for Europe.”, says Pepin about the war with Russia.

“There are only losers. No Winners.” he added.

“Perhaps China and the US.” Who can watch Europe increasingly weakened.

Van Houwelingen points out that in 2016 the Forum for Democracy already warned of a war with Russia.

“A war that would have been completely unnecessary and avoidable if the Dutch government had respected the will of the Dutch people in 2016.”

He is referring to the Ukraine referendum that was held in April 2016. The referendum was subsequently quickly abolished.

At the time, most of the Netherlands voted against the association agreement with Ukraine. The government disregarded the will of the people. It was a show. A puppet show.

This government in no way wants to know or hear anything from the citizens. We are not allowed to participate in any decisions. Set aside like small children.

'A new world order is coming'

The Electoral Council on the 2021 elections

Seek and you shall find! The abuse of children.

Elsevier before the Judge

Sick Jeugdjournaal promotes DRAGKIDS - Parents of the Netherlands, wake up!

wpDiscuz
3
0
I'd love to know what you think about this. Please leave a comment.x
()
x
| Reply