MEP Cristian Terheș: “Are you serious? Are you really saying that people are not being forced to vaccinate?”

Are you really serious?

“The digital Green Certificate was Ursula von der Leyen's first tool leading to the Chinafication of Europe and to a digital tyranny.”

He is one of the people in the European Commission who see what this is all about and fight against the corona certificate and the poison syringes.

When we as a population all give in to this, we have surrendered our freedom to the government without any resistance. To a bunch of unelected bureaucrats who want to drastically change our lives and literally make us a government property. The European government.

A contract that has been “slightly adjusted”. All the lines of the grand plan have been blacked out and made illegible for the rest of the MEPs. How clear do you want it to be? We look evil in the eye.

What else needs to happen before the eyes of all Dutch people open for heaven's sake?

For over 2 years we have been ignored, uninformed, humiliated, imprisoned and now the thumbscrews are tightened even more to force you to a vaccination that is known to be fatal. Let that sink in for a moment. They want to own us and they don't care about our lives.

This is about the health and about the future of all of us. Our fundamental rights are being taken away.

The government forces you to take DEADLY SYRINGES that help nothing but have already destroyed many human lives. And they know it. It is a fact. It is completely conscious and all the dead and injured are held tight.

What do people not see?

Note that a budget is being made to fetch people who get side effects with some money. They know that the syringes do nothing against a so-called virus, but they do have nasty side effects. There is nothing safe about the vaccine, we now know that. So why a vaccine? What are the interests?

And then the green certificates and the digital corona certificate. When you participate in this you give up your freedom without any resistance and you are a slave to the European superstate. You can and should never do this and never accept it.

People who see it really need to come out of their shell and show themselves. People have to find each other. Celebrities who know more, and there are, should listen to their conscience and tell the truth.

And keep trying to wake people up. That is not always successful.

Yesterday I spoke to a good friend of mine. He told me something that I sometimes experience.

How could that be the first thing that comes to mind to ask?

No awareness and no interest whatsoever that we are doing this to wake people up in our way.

“There has to be bread on the table.”

It doesn't go with them. For these people, something is only a truth when the media, the politicians, a newspaper or an official institution report something.

You can hold the evidence in front of them. It does not matter. It does not work. Millions of people suffer from Stockholm Syndrome without realizing it. But what needs to be done to get them out of there? Can and should it get worse?

I've spoken to quite a few people who do want to listen when you want to show and explain something very calmly. But from that day on, their lives changed because once you see it, you see everything.

Not that you immediately know everything that is going on in the world, but you suddenly look at the world very differently. You see what politicians do and how every word is weighed up for a reason. And the best part: you see how the media works and how laughable it actually is. But for some, it's really a shock at first. Maybe because they find out they've been living a lie for years?

The truth is crazier than fiction. You can hardly believe it either. They can't be that bad, can they? Yes, they really are that bad. Really. They have nothing to do with you or with me. A government that takes your freedoms is Devils. And if you still don't wake up and are weak then you get used to the freedoms that are taken away from you and you're okay with it. That's how the government prefers you.

What else to say? What still needs to happen until people really see? We need to understand what power is and how people relentlessly abuse their power.

Take a look at this article about the European Digital Corona Certificate to make traveling easier† A typical phrase that sticks with people while it says nothing. How does it get easier to travel then? It gets harder for me. I have not been vaccinated and I will not be tested. So traveling becomes more difficult. Or am I now a second-class citizen? The bitter truth is: Yes.

Take a good look at those people who want to implement these plans. Each and every one of them has that cold look in their eyes. These are bad people with bad plans. Do people really not see that?

What more can we do than spontaneously approach people online and offline and try to show them what is going on?

I would love to see the following:

Millions of people take to the streets with our beautiful Dutch flag, Peaceful but so massive that no one can ignore the will of the people anymore.

It doesn't matter who you are and what your ideals are, who you are or what you do. We have the same enemy and we all want to be free. 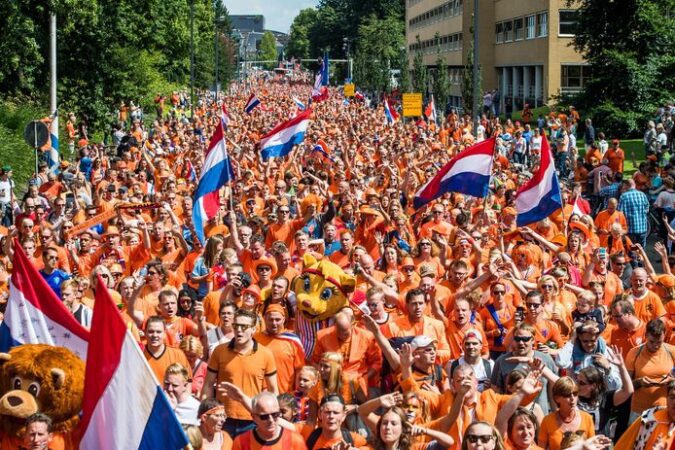 The police are also massively awake and are protecting citizens again instead of a government crossing the line.

The people who are ruining our country and our lives must be chased away. And the people will come and do it with their own hands.

We will get there. It's good versus evil. Truth against lies. And more and more people are standing up for that truth. But after more than two years I'm eager. Just imagine that in roughly 100 or 500 years, archaeologists and…

Biden admin and the embassy in Jerusalem.

Joe Biden: "Someone to talk to"

Beware of DNA and RNA change.

The Watcher 90 – The Invisible War

wpDiscuz
8
0
I'd love to know what you think about this. Please leave a comment.x
()
x
| Reply
Dear readers