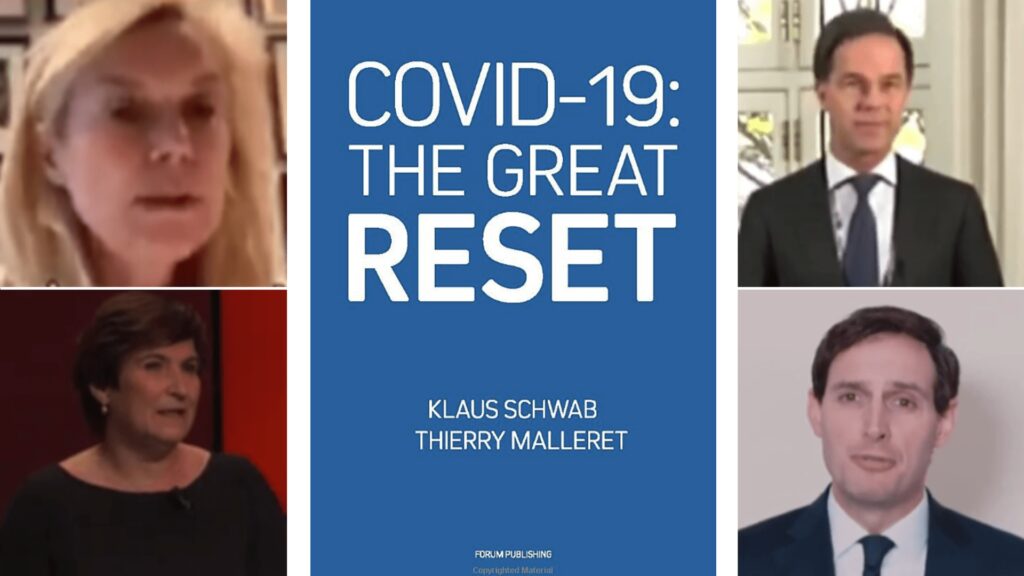 In order to reform our society and economy after the corona crisis, politicians throughout world politics use the slogan “build back better”. A term that indicates that they are for 'sustainable living' what World Economic Forum chairman Klaus Schwab calls 'The Great Reset'. Mark Rutte (VVD), Lilianne Ploumen (PvdA), Palestigrid Kaag (D66) and Wopke Hoekstra (CDA) have now used 'build back better' and equivalents. The Prime Minister calls the current corona crisis a 'unique opportunity' for these plans.

VVD, PvdA, D66 and CDA support The Great Reset. Know what you are voting for on March 17th!

VVD, PvdA, D66 and CDA support The Great Reset. Know what you are voting for on March 17th! pic.twitter.com/tsbFlBFf4D

What does 'build back better' mean?

Rutte does not want to answer this now, but rather he spoke about a 'climate-proof world', 'inclusive recovery', 'increasing prosperity', 'sustainability development goals' and 'improved public health'. According to Klaus Schwab, 'build back better' is an equivalent to his The Great Reset ideal. The Great Reset can best be summarized as a kind of communism in a green jacket. By 2030, the world should have a global collectivist 'sharing economy' in which private property no longer exists. No own home, no own devices such as laptops and washing machines and no means of transport. The World Economic Forum calls this “you'll own nothing and you'll be happy”.

Despite the fact that the VVD, PvdA, D66 and CDA will fight each other fiercely in the election battle, they actually all want the same thing, Schwab's Great Reset. The only opposition in The Hague politics comes from Forum for Democracy and Henk Krol. At first Forum for Democracy was cautious about raising 'The Great Reset' because the party does not want to be called 'conspiracy chooses'. However, opposing The Great Reset is not at all for 'crazy people'. Is it a conspiracy? Yes! Is it crazy? No! Why? Joe Biden, Hillary Clinton, Bill Clinton, Bill Gates, Boris Johnson, Justin Trudeau, Mark Rutte, Sigrid Kaag, Klaus Schwab, Jacinda Ardern, Sadiq Khan, Kamala Harris, Prince Harry, Greta Thünberg, Bill di Blasio and Barack Obama speak openly advocates 'build back better'. That is why opposition to these globalist ideas cannot be qualified as something 'crazy'. It is real.

The Great Reset is described in Klaus Schwab's book:

It's Friday evening again, so it's high time for our weekly compilation. With 81 million…

CEO hospital: An extra shot without necessity? We can find something about this!

Forum for Democracy: “Genius, Pepijn is a genius!”

wpDiscuz
1
0
I'd love to know what you think about this. Please leave a comment.x
()
x
| Reply