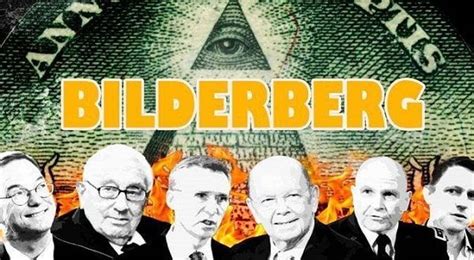 The Bilderberg group has gathered behind closed doors in Washington.

Our King and Prime Minister are also on the list of participants.

Netherlands, HM the King of the (NLD)

Rende, Mithat (TUR), Member of the Board, TSKB

The agenda is remarkable. At point 13 deglobalization!!

WASHINGTON, DC JUNE 2, 2022 – The 68th Bilderberg meeting will take place from June 2 – 5, 2022 in Washington, DC, USA. About 120 participants from 21 countries have confirmed their attendance. As always, a diverse group of political leaders and experts from industry, finance, academia, the labor market and the media have been invited. The list of participants is available at bilderbergmeetings.org.

The main topics of discussion this year are:

Founded in 1954, the Bilderberg Meeting is an annual conference designed to promote dialogue between Europe and North America. Each year, 120-140 political leaders and experts from industry, finance, labour, academia and the media are invited to participate in the meeting. About two-thirds of the participants are from Europe and the rest from North America; about a quarter come from politics and government and the rest from other fields.
The Bilderberg Meeting is a forum for informal discussions on important topics. Meetings are held under the Chatham House Rule, which states that participants are free to use the information received, but neither the identity, affiliation of the speaker(s) nor any other participant may be disclosed.
Due to the closed nature of the Assembly, participants participate as individuals rather than in an official capacity and are thus not bound by the conventions of their office or by pre-agreed positions. This way they can take the time to listen, think and gather insights. There is no detailed agenda, no resolutions are proposed, no voting and no policy statements are issued.

In addition to this post. It was made clear to me that there is another remarkable item on the agenda for this meeting.

Under point 7 it says “government continuity”.

It's Friday night again, so it's time for the compilation. We start with the leader of…

The new terror of psychosis!

Countries Must Reject Sovereign Interests to the “Global Agenda”

Is the War also a conspiracy? An analysis that you will not see with the MSM!

wpDiscuz
8
0
I'd love to know what you think about this. Please leave a comment.x
()
x
| Reply