Biden admin and the embassy in Jerusalem. 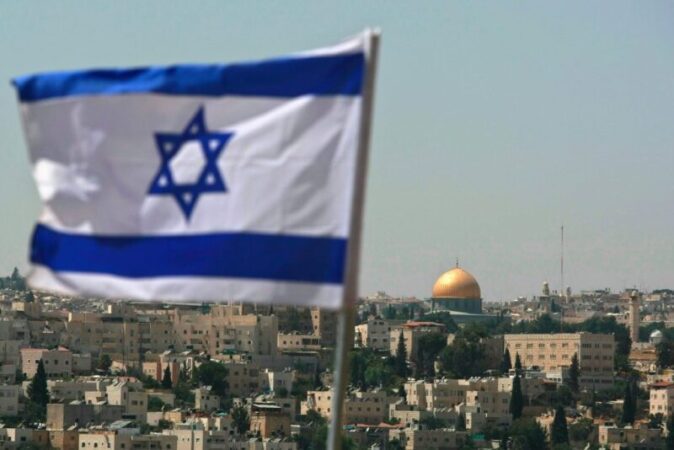 The Biden administration has strengthened diplomatic ties with the Palestinian government, which diplomats say is the first step to reverse the United States' historic recognition of Jerusalem as Israel's capital.

The State Department confirmed to the Washington Free Beacon that a new office for Palestinian affairs will be established in Jerusalem and will act independently of the US ambassador to Israel's office there. The creation of a separate diplomatic office strengthens US relations with the Palestinian government and could violate the 1995 Embassy in Jerusalem Act, which mandated the establishment of a single US embassy in the holy city.

The State Department also confirmed that it is working to go even further: to open an official Palestinian consulate in Jerusalem, completely independent of the US embassy in Israel. Attempts to establish this diplomatic facility have been thwarted by Israel's opposition to the move, and the recent formation of the Palestinian Affairs Office is seen as a temporary solution. That would clear the way for Jerusalem to once again be seen by the United States as divided between Israeli and Palestinian territories.

Former US diplomats who spoke to Free Beacon about the move said the Biden administration is trying to undermine former President Donald Trump's recognition of Jerusalem as Israel's capital, eliminating a formal distinction between West and East Jerusalem. . By establishing an office in the city dedicated to the Palestinian government, the Biden administration is reopening the possibility of that government taking control of parts of the city.

“Opening a diplomatic office for Palestinians in Jerusalem after the US recognized Jerusalem as Israel's capital and thereby made clear that Jerusalem is part of Israel has the same disastrous consequences as opening a formal consulate,” said David Milstein. , serving as special assistant to former Ambassador David Friedman, told the Free Beacon that former US Ambassador to Israel David Friedman. “This decision is a blatant attempt to unravel the implementation of the Jerusalem Embassy Act of 1995 and circumvent Israel's apparent opposition to a formal consulate, especially as the Biden administration admits this move is part of its plan to still maintain a consulate. to open."

The goal behind this move “is to reverse US recognition of Jerusalem as Israel's capital, erode Israel's sovereignty over the capital, and show support for the division of Jerusalem. It's outrageous and shameful," Milstein said. “Members of Congress must use all means at their disposal to block the implementation of this decision.”

The Office of Palestinian Affairs "operates under the auspices of the US Embassy in Jerusalem and reports substantive matters directly to the Near Eastern Office of the State Department," the spokesman said, confirming reports that the ambassador to Israel is not will be consulted for longer on matters dealt with by this office.

The Biden administration remains "determined to reopen our consulate to the Palestinians in Jerusalem," the spokesman confirmed. “We continue to believe it is an important way for our country to connect with and provide support to the Palestinian people.”

Jason Greenblatt, a former White House envoy to the Middle East and author of the book In the Path of Abraham, described the decision as a concession to the Palestinian government, inciting terrorism against Israel and paying salaries to convicted militants.

“Even more troubling is the reversal of the chain of command established by the Trump administration,” Greenblatt told Free Beacon. “It is extremely bad practice to report on Palestinian affairs to go directly to the State Department without being led by the US Ambassador to Israel. So many of the issues for which they are responsible are intertwined, and so much can be missed, misinterpreted or manipulated when the chain of command is disrupted.”

Greenblatt said his time in the White House showed him that separating from this mission helped a “broken system” that calmed the Palestinian leadership and harmed US-Israeli relations. "By attempting to appease the Palestinian leadership with this empty gesture, we are hurting our critical ally Israel and hurting the United States — we are damaging our national security, our diplomatic efforts and we are wasting precious US taxpayers' money," he said.

Arsen Ostrovsky, an Israeli human rights lawyer who serves as chairman and CEO of International Legal Forum, an advocacy group, said the creation of this office is “a transparent attempt by the Biden administration to get around the back door, with a de facto consulate in a clear attempt to water down the Trump administration's recognition of Jerusalem as Israel's capital.” It also indicates that the Biden administration is challenging Israel's sovereignty over Jerusalem.

Republican foreign policy leaders also pushed back on the move.

sen. Bill Hagerty (R., Tenn.), a member of the Senate Foreign Relations Committee, said the State Department is bypassing the Israeli government to create an "unofficial US consulate" for Palestinians, in violation of the law .

“I am unequivocally opposed to this plan for what appears to be a new unofficial US diplomatic mission in Israel's capital,” Hagerty said. “This plan is inconsistent with the full and faithful implementation of the Jerusalem Embassy Act of 1995 and suggests that the government is once again attempting to undermine America's recognition of Jerusalem as Israel's eternal and undivided capital.”

Rep. Lee Zeldin (R., NY), a member of the House Foreign Affairs Committee, said the 1995 Embassy of Jerusalem Act was created specifically to prevent this situation.

The link to the original article; https://freebeacon.com/national-security/biden-admin-takes-major-step-to-roll-back-trumps-jerusalem-embassy-move/

What do others write?

THE BANKRUPTCY OF DEMOCRACY – Part 1

A question to our readers

wpDiscuz
1
0
I'd love to know what you think about this. Please leave a comment.x
()
x
| Reply