Sometimes reality is crazier than fiction.

For the sake of clarity: The texts below are from Daniel van der Tuin† Very well done! The information in the article comes directly from the government page: (source)

Research in wob documents shows how the central government has organized itself since the epidemic in countering unwelcome opinions, under the supervision of the European Union and NATO.

Shortly after the pandemic was declared, an interdepartmental working group laid the foundations for countering unwanted opinions about government policy, also known as combating disinformation.

The multilateral alliances NATO and the European Union play a central role in this. In the Netherlands, a large number of government agencies are now involved in so-called mind control of citizens.

They fight with tech companies and influential people against unwanted views. This picture arises from research in Wob documents.

On May 14, 2020, Minister Ollongren wrote in a letter to the House of Representatives that Russia was spreading disinformation about the epidemic. According to her, the intention of the Russians was to sow division in Europe. An environmental analysis in a recently surfaced Wob document now shows that the minister received little support on social media. According to officials, the sentiment among citizens was that they were spreading disinformation themselves; the minister had a credibility problem.

Minister Ollongren's example shows that early on in the epidemic, the term "disinformation" links two alleged enemies of the transatlantic alliance: the invisible enemy (the virus) and a perceived military enemy (Russia). The concept of disinformation, often used during the epidemic, therefore seems to have little to do with truth-finding, but everything to do with maintaining control over civilians in the allied power bloc.

The research team thoroughly examines patterns in more than 60 thousand Wob pages of government communication about the epidemic. A few weeks ago, the analyst team came out with several publications on influencing behavior and illegal espionage by military units on the Dutch population. In the meantime, the team has come across information that provides a clearer picture of the techniques used and the authorities involved in quelling unwelcome opinions.

Corona crisis used for political purposes at a high level

The researchers observe that the corona crisis has been used for political ends at the highest level, with a clear goal: to create an uncritical population, to maintain order within the allied power bloc. This is evidenced, among other things, by the involvement of an astonishing number of ministries, institutions and companies in the fight against “disinformation”, with a central role for the European Union and NATO.

The virus opened the door to large-scale mind control

Correspondence dated 28 February 2020 shows that shortly before the epidemic, the Dutch government was vigilant for the social order, in connection with the arrival of the corona virus in the Netherlands. A possible loss of confidence in the government as a news source is regarded as a significant threat. It is this vision that opens the door to working on mind-control and countering unwelcome information on a colossal scale.

May 14, 2020: Interdepartmental Consultation on Disinformation

Some time after the declaration of the pandemic, the Interdepartmental Working Group on Disinformation will meet on May 14, 2020 for a so-called "table top exercise". This working group includes a delegation from all ministries, such as Defence, Foreign Affairs and Justice. The working group reports to the “Directors' Consultation on Disinformation”, which falls under the responsibility of the Ministry of the Interior.

In the Netherlands, the Directors' Consultation has a coordinating role for all parties involved. The aim of the working group is to devise tactics to counteract unwanted noises surrounding the epidemic. The working group's “table top exercise” consultative structure has moved from the military domain, in which generals and military leaders hold talks to sharpen their strategic thinking.

Planting desired ideas in the minds of citizens

In the spring of 2020, the working group will consider tactics to sabotage unwanted opinions. It does this on the basis of seven themes, about which a lot of unwanted information circulates and which threaten to undermine the already plotted storylines of the Empire about the epidemic. In short, the working group's answer is to plant desirable ideas in the minds of the population, while combating undesirable information. The working group mainly focuses on digital techniques.

Mind control on an unprecedented scale

The working group arrives at various lines of action, which are divided into focus areas. Within the framework set out on a massive scale and in collaboration with all kinds of private parties and influential persons, mind control is being worked on on an unprecedented scale. Remarkable techniques are used for this, such as undermining influential people on social media by using fake accounts. Banning citizens and video channels from social media are also among the ideas.

Influence on WhatsApp messages and word of mouth

According to the wob documents, the interdepartmental working group has considered ways in which the government can counter the spread of unwelcome opinions on YouTube, Facebook and Twitter, among others, but also in WhatsApp messages and even through "word of mouth". During the “table top exercise”, tactics are therefore considered to influence both public and personal communication of and between Dutch citizens.

It has been known for some time that the government has hired influencers and experiential experts to spread the state stories, so-called narratives. This marketing technique was used by the government to have ignorant citizens influenced by authoritative figures from the artist circuit, for a hefty fee. For example, the government paid 55 thousand euros for communication from Boef, Ali B. and Famke Louise, in the context of the campaign “alone together”.1

Wob documents reveal the commitment of ten other influencers, who were paid heavily for posting a video and story on their Instagram. Among the hired artists, with a combined reach of 3,8 million subscribers, are presenter Giel de Winter, Tiktokker Rutger Vink and rapper Quentin Correia. For the media attention of the ten, the government paid a sloppy 75 thousand euros to Talpa Network.

Personal risk analysis for icons of the pandemic

The working group has also written down that a personal risk analysis should be carried out for a number of figureheads who are disseminating the state narratives about the corona crisis at that time. Specifically mentioned are Jaap van Dissel, Diederik Gommers and Ernst Kuipers. The risk analyzes must map out the possible threats to the central government's campaign when these people are deployed.

The opposite of the fight against disinformation is the promotion of narratives. These are grand storylines to push the population in a certain direction. On 28 May 2020, the Meertens Institute asks for support from RIVM for a project application on so-called “harvesting”. Mass messages on social media are harvested with this technique, with the intention of building behavioral profiles of citizens. This allows citizens to be targeted with tailor-made advertisements.

The implementation of the twenty-five Dutch lines of action against disinformation lies with all ministries, with branches to a staggering number of institutes, military units, intelligence services, universities, research bureaus, police, health services and tech companies. “Hilversum” also has a role to play, with an exhibition about disinformation at the Netherlands Institute for Sound and Vision.

A few weeks ago, the entanglement between the government and tech companies was demonstrated, in the fight against unwelcome information. Wob documents show that tech companies are taking a lot of initiative

For example, 300 Dutch IT companies come together in the TechTegenCorona conglomerate, where they talk about censorship with academics, inventors and officials from ministries. The conglomerate is now looking beyond the health crisis: the 2021 “tech experts” have also considered the XNUMX elections, according to a document on her website.

Positive communication about EU and NATO

According to the interdepartmental working group to tackle the health crisis, one of the prominent action points is to spread positive communication about the EU and NATO and counteract criticism of these multilateral links.

The coordination is entrusted to Stratcom. This is a NATO accredited military organization, which deals with strategic communication within the allied power bloc.

The investigative team observed in the WOB documents that intelligence services infiltrate closed groups on social media and report to the Directors' Consultation on Disinformation. At the same time, the Army is spying on civilians and journalists. These services also have troll armies, which are used to subvert social media posts. According to the government, unwelcome opinions pose a threat to democracy, but its disinformation tactics have since shattered public debate.

The European Union has a coordinating role

The European Union is also increasingly concerned with the issue of disinformation. In fact, she has had a coordinating role since the autumn of 2020.

The union stated on October 19, 2020 that there is an increasing amount of disinformation. It is undeniable that this is in fact a question of increased resistance to political policy. By that time, Twitter had already deleted 3,4 million accounts targeting the coronavirus storylines.

YouTube had already removed 15 videos that went against the official corona story, according to a report from TechTegenCorona.

Conclusions of the wob study

The research shows that all ministries, a large number of agencies and a conglomerate of 300 IT companies are involved in taking stock and undermining critical voices from citizens. On the other hand, digital techniques are used to impose so-called narratives, for example by hiring famous Dutch people and using “harvesting” and “artificial intelligence”.

The intelligence services and the Army are also involved in the fight against "disinformation", giving it a military character.

In addition to collecting information about citizens and sentiments with fake accounts, these services undermine critical journalists and influential citizens through the use of trolls.

The central coordination of the military operation in the allied power bloc rests with NATO. Within Europe, the European Union also has a coordinating role.

The highest body in the Netherlands is the Disinformation Directors' Consultation of the Interior.

The RIVM, NCTV, LIMC, AIVD, Police, Meertens Institute and Sound & Vision, among others, are involved in mind control, influencing behavior and censorship. This is done in collaboration with major tech companies such as Facebook and YouTube. Consultative bodies are the disinformation working group, Red team, Think Tank Desinfo, Democracy Action Plan and TechTegenCorona, consisting of 300 tech companies and two thousand tech experts.

It's not about fighting disinformation. It's about mind control in the allied power bloc. 1/25 pic.twitter.com/pJ0RG6D8Z0

A very good example of research by Daniel van der Tuin.
This is his website.  https://danielvdtuin.substack.com/

Well worth putting Daniel in your favorites. 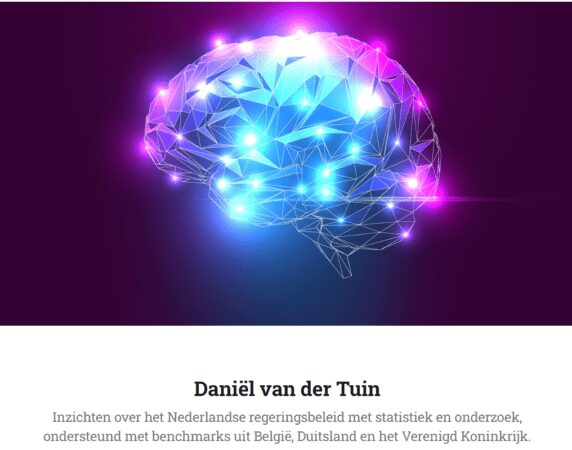 Biden takes out al Qaeda leader. Or is this another lie?

Petition: Say NO to corrupt Ukraine at the EU

Our shop will be closed within 2 days

Rob & Dymph about the Schumann frequency