Warning for parents of young children in the Netherlands: Read this article Truth is sometimes crazier than fiction. But you don't have to believe it because we say it. The people of the EU and the WHO say so themselves. You will find the official documents in this article.

Donald Trump said at a rally last night that we can no longer take woke education.

I say we because Dutch children also fall prey to this sexual agenda. Read more about this under this short video from Donald Trump.

The video is not about whether you support Donald Trump or whether you can air or see him. It's not about Donald Trump, it's about a serious major nationwide problem of all children, especially public schools, and how quickly that can happen. It's just a short video.

They are not empty words. Florida Governor Ron DeSantis has criminalized teaching CRT (critical race theory), gender identity, and the sexual guidelines you will read below. (source) (source)

Across the country, kindergarten teachers or woke teachers are springing up like mushrooms to force their sexual identity on preschoolers.

Parents in America are standing up to this dangerous practice in schools with very young children. It's a huge problem in America.

This is also a major problem in Canada, Australia, New Zealand, various South American countries and in Europe.

Please read along and see the reality of the “new normal”.

These are the documents in which the guidelines were drawn up by the EU and the WHO:

Let these WHO European standards penetrate as well.

If you don't have time to go through this entire document right now, save it and read it carefully as a parent at another time. For now, we give a number of examples that stand out.

They are also taught that if you are a boy you can become a girl and vice versa. Drag Queens visit schools to implant their sick ideology in the minds of our children.

If you don't feel like or don't have the time to read the article, here are some quotes from the guidelines set up by the EU and WHO that education in EU countries should follow. In the Netherlands too!

Children from 0 to 4 years

Give children the opportunity to develop awareness about the existence of gender identity.

Children have the right not to know what kind of genders exist.

For children aged 0-4 the following advice:

“Make them aware of their gender identity”

“Give them the right to develop their gender identity”

For children aged 4-6 years, the following is advised:

The guidelines for children ages 6 to 9 are even more explicit:

It's all in there. Don't shoot the messenger.

We are now two years later and we know that it will go further and further. It is normal to take adolescent blockers or undergo surgical operations when a young child is told that he or she was born in the wrong body.

We'll be watching for an updated version of these guidelines which will be even more radical. Again, they say so themselves. We just copy a few paragraphs from these official guidelines and show you what happens.

We keep insisting on this because we have already seen examples in the Netherlands and we want to warn and encourage you as parents to keep a close eye on what your child is learning at school. This is real.

And for people who are not fully aware of what is going on in the world but who do see and feel that something weird and nasty is going on, read and look at other media instead of the regular media that are in the hands of the established elite.

Send us the proofs

Is your child's school not participating in this? Congratulations. But seriously keep an eye on it. It is a political goal that is strongly insisted on at a high European level and in the top of the powerful WHO.

Pay close attention to what books your children receive and what happens in the classroom.

The woke ideology has become political and is part of the new normal. The goal is to deny the biological facts and create a new truth. in this case, a baby born is not a boy or a girl only on the basis of the genitals.

According to the woke ideology, this is all in the mind, and vulnerable children go along with it. one wants to cultivate a society where these kinds of disgusting acts become normal.

Again: These are guidelines for all EU countries, so also the Netherlands.

In America, this woke agenda has been introduced as a Blitzkrieg throughout the country. Through financial support and bribes and it is also further normalized by the media in the hands of the radicalizing left-wing globalists. Joe Biden is completely trapped and the extreme progressive left is causing chaos, danger and violence.

Also some normal-seeming misses and masters are propagating this in your children's schools when they have gone along with the radicalization of the left.

LGBTQ+ figures are also in politics Politicians claim that men can bear children and also have abortions.

A mind-boggling answer during a court hearing:

Another example is when Senator Blackburn turns out to be a Democrat Supreme Court nominee, which is the definition of a woman. Listen carefully:

Dear parents from the Netherlands:

People are just as fanatical about this as they are about climate change and the obsessive behavior of injecting everyone who walks around this globe several times with a substance that has led to many problems and deaths.

If you think that's a good thing, that's your right. We think differently about this and we can substantiate a lot. If this is your first time visiting our website, look for articles on certain matters on our website and other free media websites if you're interested in the other side of the story.

Everything but “disinformation” is being spread, as the frightened media claims. Of course there are websites that come up with wild conspiracy theories. From both sides. But most can substantiate the facts they present very well.

And again, because we are genuinely concerned: ask your child if this is being discussed in kindergarten, primary school or seventh grade.. Take a good look at the textbooks and the material that the children are taught and talk about this with your children.

Also notice the anti-white sentiment that is spreading in the schools. This is called Critical Race Theory. It teaches, among other things, that our history of the country is bad and that we should feel guilty.

If you have proof of what is happening in the classrooms, please send it to us. It is so important to suppress this.

Send us all evidence through this contact form or by emailing us directly. The email address is [email protected]

In this way we can raise the issue with other media so that more and more parents become aware, even if it still seems nonsense to them because it is not yet happening at their child(ren)'s school.

Share this article with other parents as well. They have the right to know what the guidelines are for the education of their children. Help by spreading this on social media.

As mentioned, we have raised this several times in recent years.

The headlines of the articles may be oversimplified and shocking, but it's exactly what's happening and it should be a big wake up call for parents.

WHO and EU: Your 6-year-olds can learn to subtract 3's kids
..heavy lyrics but unfortunately true! The sources are there. The official documents are here. This has to go out into the world. For those who are skeptical, here are the sources where this information comes from. 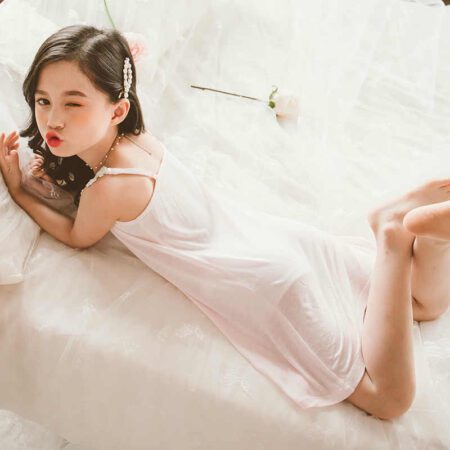 Children of six suck each other after the sex lesson of the Brabant teacher
A magazine like 'Common Sense' is forbidden, but they learn dick in the mouth in primary school. "Pickles that go in the mouths and pussies are licked by the children among themselves," says a mother. Her child attends school 'De Springplank' in Brabant. 'People look under the toilet doors when children go to the toilet,

All about Roe vs. wade

In the eye of the storm

The economy, inflation, the euro……..and now what?

FBI raid on Trump and the reactions

Rebel News in the Netherlands

wpDiscuz
3
0
I'd love to know what you think about this. Please leave a comment.x
()
x
| Reply
Dear readers