The roll-out of Agenda 2030 explained without hesitation 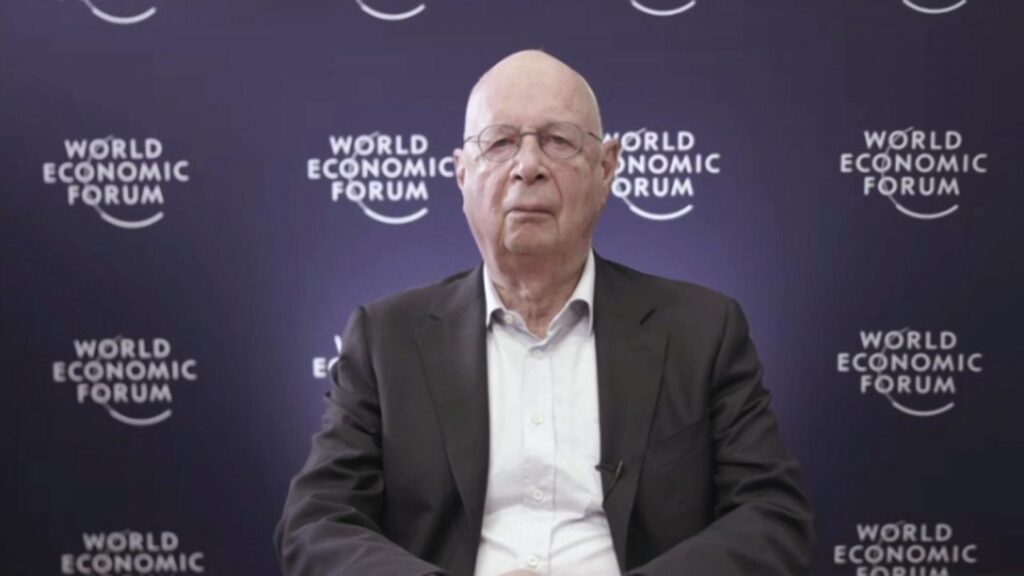 Fabian Verheij is an independent writer, blogger and researcher.

He is the founder of the blog Week of the Lay and he writes interesting pieces. And more importantly, he is independent.

On LinkedIn he posted an excerpt about the Devil(s) himself. Unashamedly, plans are revealed to roll out 2030.

The fragment opens with insane words by Klausch Schwab whose cold sweat will immediately run down your back.

It's a bizarre situation. Everything revolves around the rollout of Agenda 2030.

The people behind the scenes, like Klaus Schwab, have no trouble keeping this a secret. They speak publicly about Agenda 2030 and what it means for the people.

The puppets in governments are the people who have to implement it, but they don't talk about Agenda 2030 publicly. Even more absurd: As soon as it is quoted, you are put in the corner as a conspiracy theorist.

They know that this mapped out future does not sit well with the average citizen. It will be the end of the era where people are free. But they also know that more than half of the population still has no idea what is actually going on in the world.

Is not necessary. As long as you have a government that wants the best for its citizens. But we no longer have such a government.

Schwab also speaks openly about gene therapy. A word that we have been using for years for the corona "vaccine", which is really not a vaccine. Klaus confirms this. And yet people don't believe it when you hold this in front of them.

“The gene therapy (vaccines) make you change. It obviously has far-reaching consequences for one's own personality." said Klaus Schwab.

To have an idea, read this article on transhumanism. We will put it again clearly at the bottom of this article.

“By hacking organisms, the elites could gain the power to re-engineer the future of life itself.” said this sick man.

“This will be the greatest revolution since the beginning of life, 4 billion years ago.”

And that's right. It will be the first time that we are no longer allowed to think for ourselves and are completely lived by the government. Your money, your activities, everything will be monitored. “You shall possess nothing and you shall be happy.”

Do we still remember the slogan about Agenda2030?

Stefan Oelrich also has no qualms about explaining publicly what awaits us. These types of people are so narcissistic that they take pride in what they do and have a certain urge to share it with the world.

“The mRNA vaccines are an example of gene therapy.”, said Oelrich.

Then we have a lot to look forward to. I advise you to read this piece by Tsjeerd de Rijcke VERY carefully.

A judge has decided to release CDC data and what we read there is downright SHOCKING.

Among a group of test subjects who were injected with an mRNA vaccine, 3% died on the spot. Three percent! Let that sink in for a moment.

It also becomes clear in that article that not all vaccines are the same. And there is a reason for that. When there's a death toll of, say, 10%, it's very noticeable.

Anyway, read Tsjeerd's piece. We will post it at the bottom of this article.

For years these people have stated that their goal is to thin out the population. And what could be better when people do so voluntarily after being scared of a pandemic that is nowhere to be found in the numbers?

Look and shudder as you watch this clip. Translated by Fabian Verheij

Dear readers: If you think what we do is important, please share our content as much as possible. We are heavily censored. With over 5k followers (and that's not followers: I follow you so you follow me) our tweets are hardly mentioned. No one gets a notification from our Tweets except for a few.

We are constantly banned on Facebook. Our channel with more than 31.000 subscribers has been removed from YouTube.

Tsjeerd de Rijcke: Pfizer is not there to save you!

Pfizer is not here to save you!
The pfizer documents to be released by the Supreme Court, which include the results of the human clinical trials, are downright shocking and explain why it mattered to pfizer that this was kept hidden. If these results would have been made public immediately in 2020, this poison syringe would have been

çA year ago you would be laughed at for posting such pieces. But those times are over.

Extensive Documentary: Covid-19 Vaccine Biotechnology Explained & An Overview of New Technologies & Implications
By Avalerion Awakes Disclaimer: This is an old article that went offline due to the removal of our old website last December and has now been made available again on the new website. All links in the old articles will therefore not work (immediately) and several old articles from Avalerion Awakes will be added in the coming

We asked Fabian Verheij if we could publish this piece. I know how much time goes into subtitling videos and to just take that away is not nice. But we got permission.

As far as I'm concerned, Fabian can come and write for us. He delivers very interesting opinion pieces:
https://www.weekvandeleek.com/blog/categories/politiek-media

Thank you Fabian for subtitling this fragment and for allowing us to post it.

From monkey pranks to monkey pox