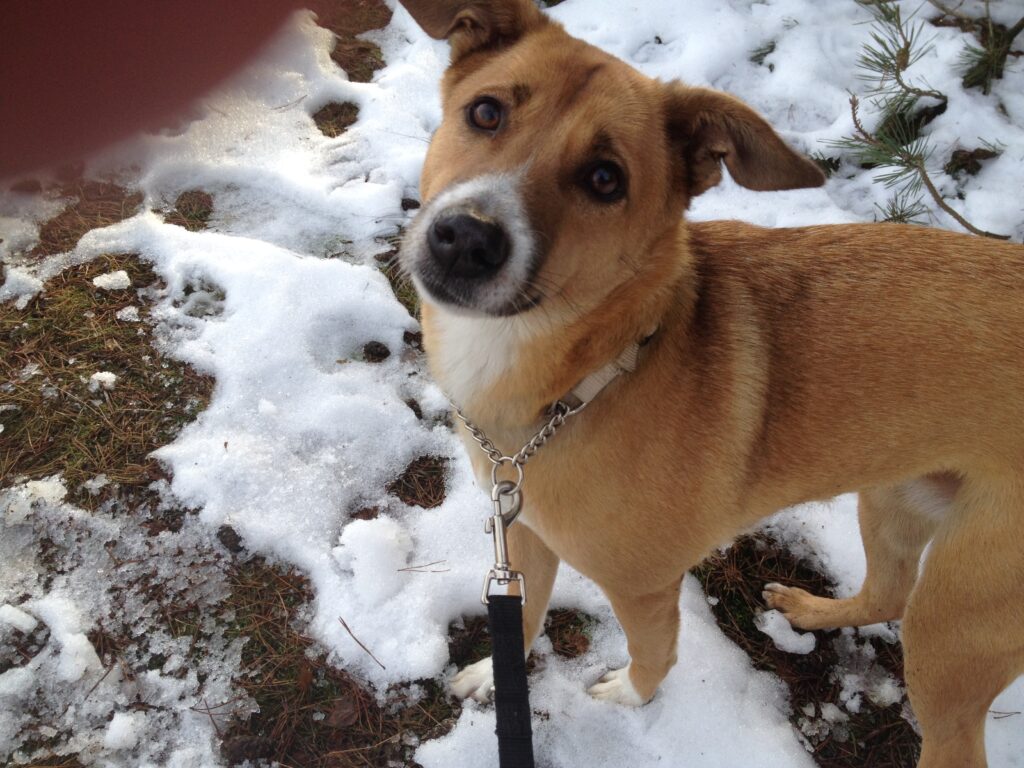 Sometimes things happen to a person that one cannot imagine with imagination.

With a strong desire for attachment and love, but not knowing how to receive this, we started our togetherness. Her basic trust in people was minimal. After being here for a few weeks she started testing me to see if I could mistreat her, her challenges of hit me were unanswered, causing her confusion. The patterns she was used to in her past were gradually broken. Without realizing it, she had entered Maslow's pyramid and began to discover that a stable foundation and a certainty in basic needs brought tranquility to her body.

Living above a large shopping center that Suzy has declared her territory and which she also checks at least three times a day and where she has now declared a number of stores to be her exclusive property. Twice a day she walks in to make her presence known with a deep growl/bark and to receive her candy.  The recognition when she is welcomed with a; hey Suzy how nice that you are here, makes her grow beyond herself, being accepted and respected do wonders. With a touch of street humor of tapping her ankles with her nose, of someone walking past and then waiting to see how someone reacts and then looking at people with a radiant dog smile with her dark amber eyes, she knows how to conquer many hearts. When the shops are closed in the evening, Suus checks whether everything is safe and then dives into her basket with a deep sigh when she returns home and immediately falls asleep.

This week when we made her round in the evening again, a young man came walking next to me. I myself, in situations like this, pay attention to Suus' reaction to see if she approves and does not immediately launch the attack. She is equipped with teeth to survive on the street on her own and she knows this too  to be used when needed. Her aggression impulses can instantly go from nothing to extremely aggressive where she is not afraid to bite someone immediately if someone has bad intentions. I'll spare you the details of what happened to the robber who wanted to attack me. Somewhere in his crotch region she set her teeth in a flash after which the robber, I suspect, made a career switch.

The young man who in the meantime started to speak to me made a sympathetic impression on me. With new sneakers, lemon yellow sweatpants and a matching mint green jacket, he wasn't the epitome of someone who can't be trusted. Although the color shades do not belong to the usual appearance of his age category. His openness struck me after he told me that he came from Syria and came to the Netherlands via Greece. I told him that I thought it was great of him that he spoke Dutch so well and asked him how long he had been in the Netherlands. I've been here eight months, he answered flawlessly. My esteem for him started to rise and inwardly I started talking to myself about, wow, that's handsome. He went on to say that he almost speaks Syriac, Greek, English and Dutch. I asked him what kind of school he goes to in Syria  and he explained to me that his father was going to work and he had to look after the family and thus had never been to school in Syria.

In the course of the conversation he asked me in what context he should use the words 'they' and 'their'. After I explained that to him, he immediately started to remember this and a little later I saw from his reaction that he understood. The brightening on his face spoke volumes. Inwardly I started to think that this must be a natural talent, how easily he picked it up, remembered and implemented it. He also said that he learned a lot of Dutch at work. Yes, I thought, that's why you speak Dutch so well and then also go to Dutch lessons and have the talent to put this into practice immediately. Very nice, I complimented him deeply.

He told me his name was Mohammad, pleasant Mohammad I am Carla I replied to him. Well the name Mohammad wasn't really a surprise to me, so from the outside it's called  all the boys in Islamic countries Mohammad, s'land wise s'land honor I think. By now Suzy had discovered her favorite overnight courier carrying a plastic bag of candies. At the same time, I didn't want to offend Mohammad by abruptly ending our conversation. So I let him speak for a while. What a lot of foreigners there are here, he continued, from all over the world there are people here, Africa, Asia, South America, all Eastern European countries. Emotionally neutral, I looked at Mohammad and said, yes, that's true. 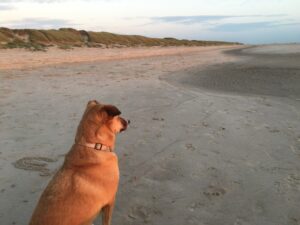 This article comes from the Doctors Collective supported by 42.308 friends of which 2.643 verified…

Elections are stolen, but the thieves are caught!

Watch the Netherlands! THAT'S HOW YOU DO IT!