Nothing new under the sun. 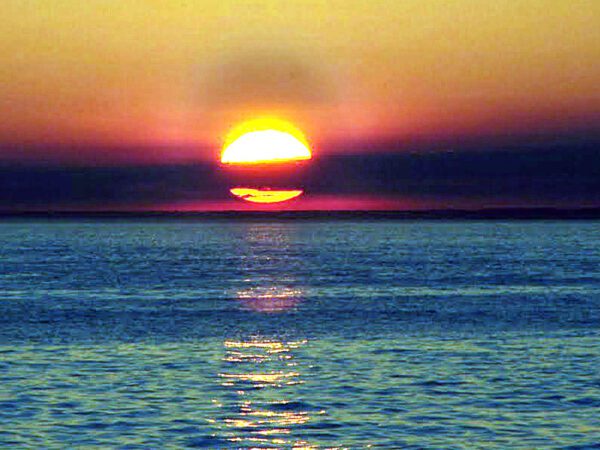 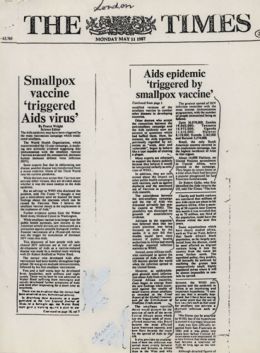 A long time ago when the press still reported objectively.

Published on May 11, 1987 The London Times, one of the world's most respected newspapers, an explosive article titled “Small Vaccine Caused AIDS Virus”.
The story suggested that the smallpox eradication program sponsored by the WHO (World Health Organization) was responsible for unleashing AIDS in Africa. Nearly 100 million Africans living in Central Africa have been vaccinated by the WHO (World Health Organization). The vaccine was blamed for awakening a "dormant" AIDS virus infection on the continent. 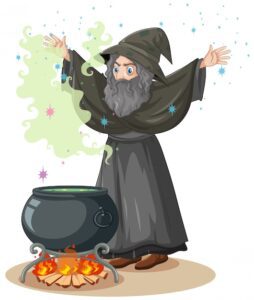 A WHO adviser admitted: “Now I believe that the smallpox vaccine theory explains the explosion of AIDS.”
Robert Gallo, MD, the co-discoverer of HIV, told The Times: “The link between the WHO program and the epidemic is an interesting and important hypothesis.

I can't say it actually happened, but I've been saying for several years that using live vaccines like those for smallpox can trigger a dormant infection like HIV." Despite the enormous importance of this story, the American media was completely silent about the report, and Gallo never spoke of it again.

In September 1987, at a conference sponsored by the National Health Federation in Monrovia, California, William Campbell Douglass, MD, bluntly blamed the WHO for killing Africa with the AIDS virus.
In a widely circulated reprint of his speech titled "WHO Murdered Africa," he accused the organization of encouraging virologists and molecular biologists to work with deadly animal viruses in an attempt to create an immunosuppressive hybrid virus that would be lethal to humans.

From the Bulletin of the World Health Organization (Volume 47, p.259, 1972) he quoted a passage stating: “An effort should be made to see whether viruses can indeed exert selective effects on immune function. The possibility should be explored that the immune response to the virus itself may be compromised if the infecting virus more or less selectively damages the cell that responds to the virus.”
According to Douglass, “That's AIDS. What the WHO is saying in plain English is Let's create a virus that selectively destroys the human T-cell system, an acquired immune deficiency.” The entire article can be read at google.com (“Who Killed Africa”).

In his 1989 book, "AIDS: The End of Civilization," Douglass claims that the WHO gave African vaccines. He blames”the virologists of the world, the wizards who brought us this horrific plague, and have united front by denying that the virus was made in the laboratory from known, deadly animal viruses† The scientific party line is that a monkey in Africa bit a native in the ass who then went into town and gave it to a prostitute who gave it to a local banker, who gave it to his wife and three girlfriends, and wham – 75 million people got infected with AIDS in Africa. A completely ridiculous story. 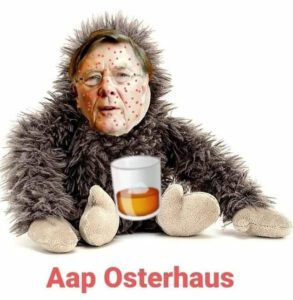 Germany already under the spell of winter

Ukraine misses World Cup ticket at the expense of Wales

THE BANKRUPTCY OF DEMOCRACY – PART 6

wpDiscuz
27
0
I'd love to know what you think about this. Please leave a comment.x
()
x
| Reply