Viktor Orbán will remain as Prime Minister of Hungary. The pro-Hungarian party Fidesz claims the election victory with no less than 54% of the vote and even a small seat gain.

Remarkably, there was an alliance of six parties (United for Hungary) against Orbán's party. The alliance is made up of parties of all political positions, from environmental left-wing parties to conservative right-wing parties. However, the conspiracy was to no avail and they obtained 30% of the vote.

Orbán, 58, addressed Fidesz's cheering crowd: “We got a big win. A victory so great that you might be able to see it from the moon and certainly from Brussels.”

A sneer at the European Union, which has often criticized the much-discussed Hungarian, who is now starting his fifth term. The Székesfehérvár-born prime minister has been in power in Hungary since 2010. Before that, Orbán was also prime minister from 1998 to 2002.

Péter Márki-Zay, the opposition leader acknowledges the defeat: “I will not hide my disappointment, my sadness. We knew this was going to be an unfair playing field.”, he responded after Orbán's victory speech. The 49-year-old economist and engineer doubts the democratic values ​​in his country. “We recognize that Fidesz received a large majority of the vote. But we still dispute that these elections were democratic and fair.”, said Marki-Zay. His vision was to make Hungary more pro-Europe. This can be crossed out over the next four years.

Fidesz will rule together with KDNP (Christian Democratic People's Party Hungary). The party is seen by many as a sister party of Fidesz.

Table of seat distribution of the Hungarian Parliament. 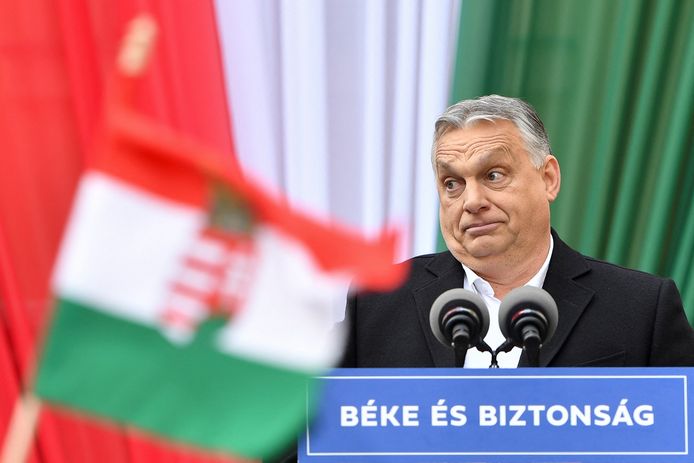 Vaccination is deadlier than abortion pill

Made happy with a stillborn baby?

It is clear that Dutch politics has become terrified of its own population.…

Covid19: The facts in a row

MEP Cristian Terheș: “Are you serious? Are you really saying that people are not being forced to vaccinate?”

Brother of Pieter Omtzigt, Dirk-Jan: We MUST get vaccinated

ARE THERE MORE THAN 103.000 VACCINATION DEATH IN GERMANY?

wpDiscuz
4
0
I'd love to know what you think about this. Please leave a comment.x
()
x
| Reply